These days I knew something called “Gimbal”, which offsets random movements of camera when we are videoing or shooting, in order to make smoother video. It acts like this

So, em… I think, we can bring those two together, to achieve a deeper understanding of the physics behind gimbal or diving. OK, let’s get started.

According to Newton’s Second Law (in a vector form), we have

Impulse is the gain of force along time direction. According to Momentum Theorem, impulse equals to change of momentum, that means, they share the same unit. Then we have

It is similar that, angular momentum system obeys the same rule

Relation above is vital important, and we will use it later.

In a “free” rigid body system

In a rigid body system, L is described as a moving vector, and its length $l$ remains constant. We construct a rotation matrix $R \in SO(3)$ which do the transformation of $\vec{l}=R\vec{L}$ and always maintain $|\vec{l}|$. To derive the equation of motion for rigid body, we take the time derivative of $\vec{l}=R\vec{L}$, which gives

For matrix $R \in SO(3)$, we have properties like (eqn.2 is still unproved until now)

This equation is the main equation that based on a rigid body system without outer force. Only variable $\vec{L}$ is unknown, so this first order differential equation can be solved with some initial condition. Until now… I think it cannot fit the gimbal condition. Because gimbal is not free, it is always controlled by a hook. Anyway, we revise rigid body physics again. 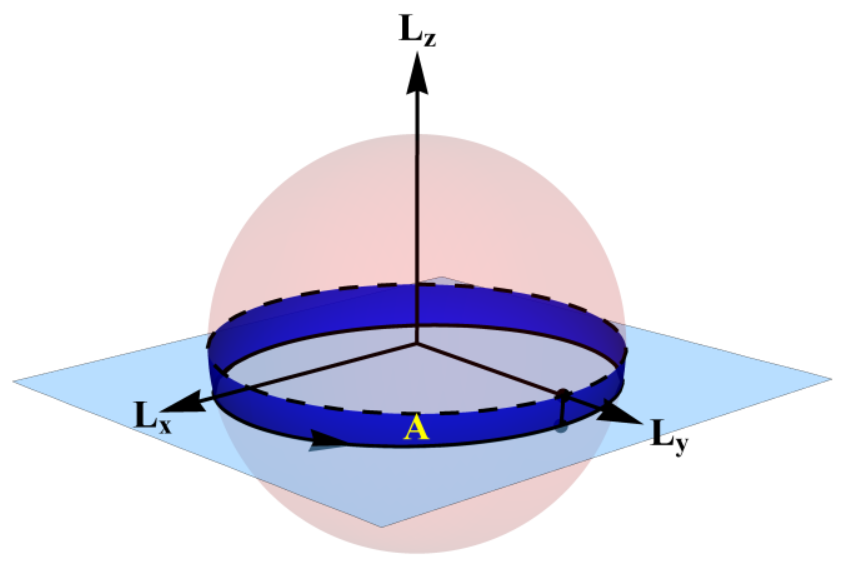 So angular momentum L is a vector and each element describes one direction. Generally, we use Euler angles to analyze a rigid body system: $\alpha, \beta, \gamma$. 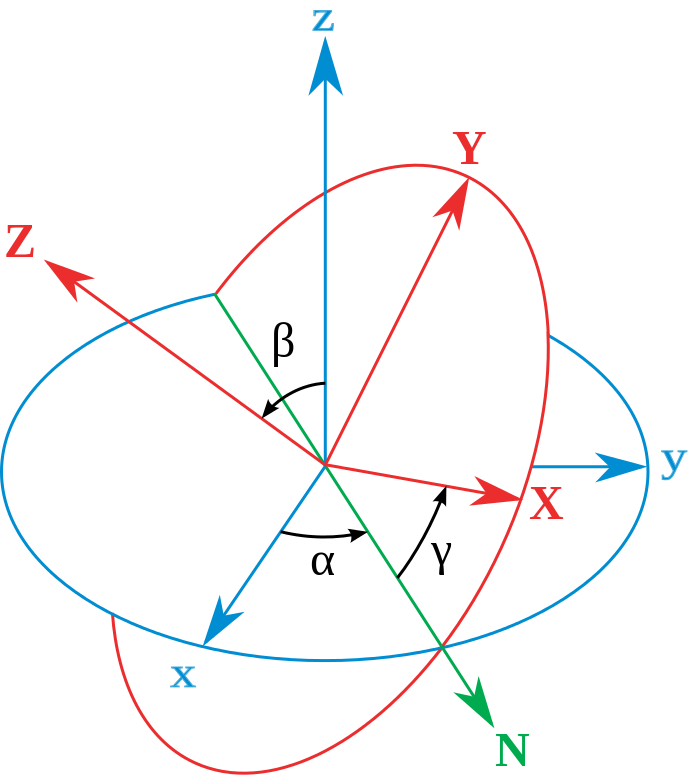 Thus, angular velocity can be separated into three parts, which represent three rotation direction ($\alpha, \beta, \gamma$). Rotational inertia $I$ and rotational matrix $R$ are both $3 \times 3$ matrix. They can even be higher dimensional tensor. But I cannot understand it well now… 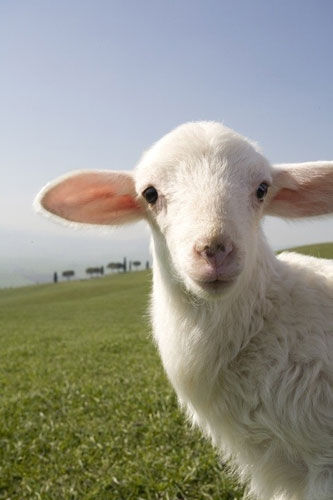